March 5, 2020 (Google Translation) – The frigate “Victoria” has returned this morning to the Naval Base of Rota from which it sailed on October 20, concluding a deployment of four and a half months in what has constituted its fourth participation in the Atalanta operation. Participation in this operation is part of Spain’s firm commitment to the EU Common Security and Defense Policy (PCSD) in terms of providing a comprehensive response of the European Union to the phenomenon of piracy in the Indian Ocean, ensuring delivery of World Food Program (WFP) food, the protection of other vulnerable traffic sailing in the area, and contributing in turn to international stability and security.

Since its departure to the sea, the “Victoria” has sailed more than 20,000 nautical miles, visited six countries and completed 171 hours of flight thanks to its H-60B helicopter of the Tenth Aircraft Squadron. 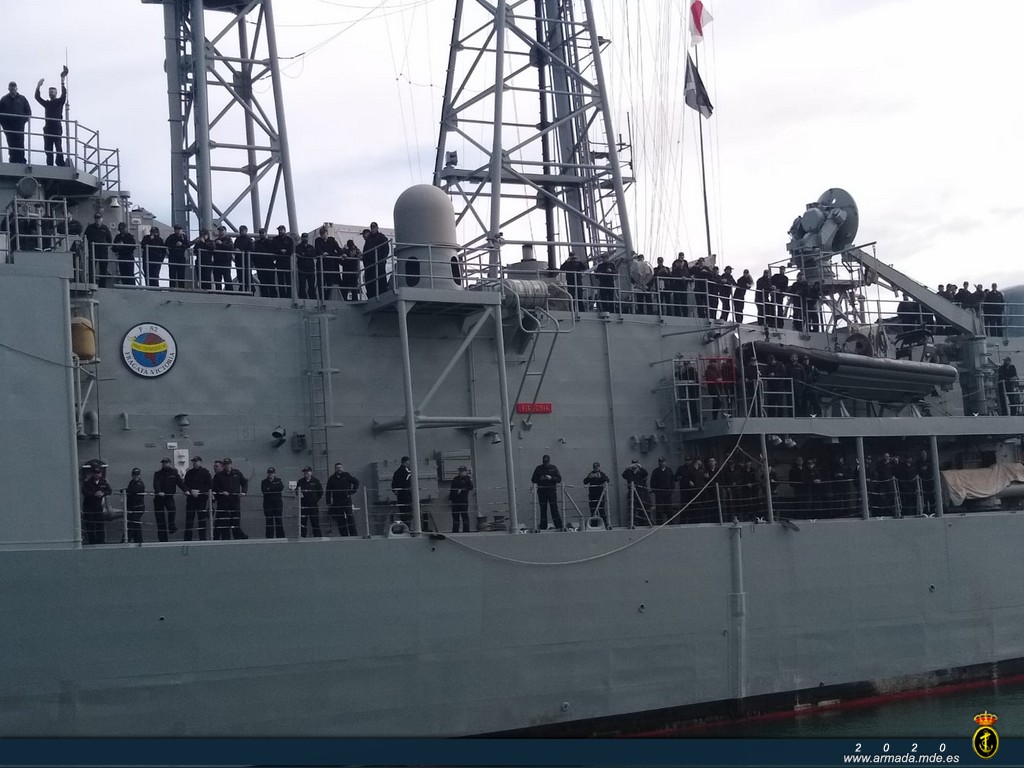 During the deployment, the frigate has patrolled the coast of the Horn of Africa and the Gulf of Aden, and has supervised fishing activity in the Somalia basin, contributing to the improvement of maritime security in the Indian Ocean and to protection of vulnerable traffic sailing in the area.

Likewise, the ship has held several meetings with local leaders from the Somali regions of Somaliland, Galmudug, Hurdiyo and Marka, increasing knowledge of the situation and the pattern of life on the coast, and thus strengthening cooperation and mutual trust between the units of the European Union Naval Force in Somalia (EUNAVFOR) and the local population.

On February 8, in the framework of a joint patrol against piracy with the Japanese ship “Harusame” of Task Force 151 of the Combined Maritime Forces (CMF), the frigate “Victoria” assisted medical to the crew of the German-flagged container ship “Northern Jade”, which was given advanced traumatological life support and analgesic treatment after suffering a fall from four meters high. 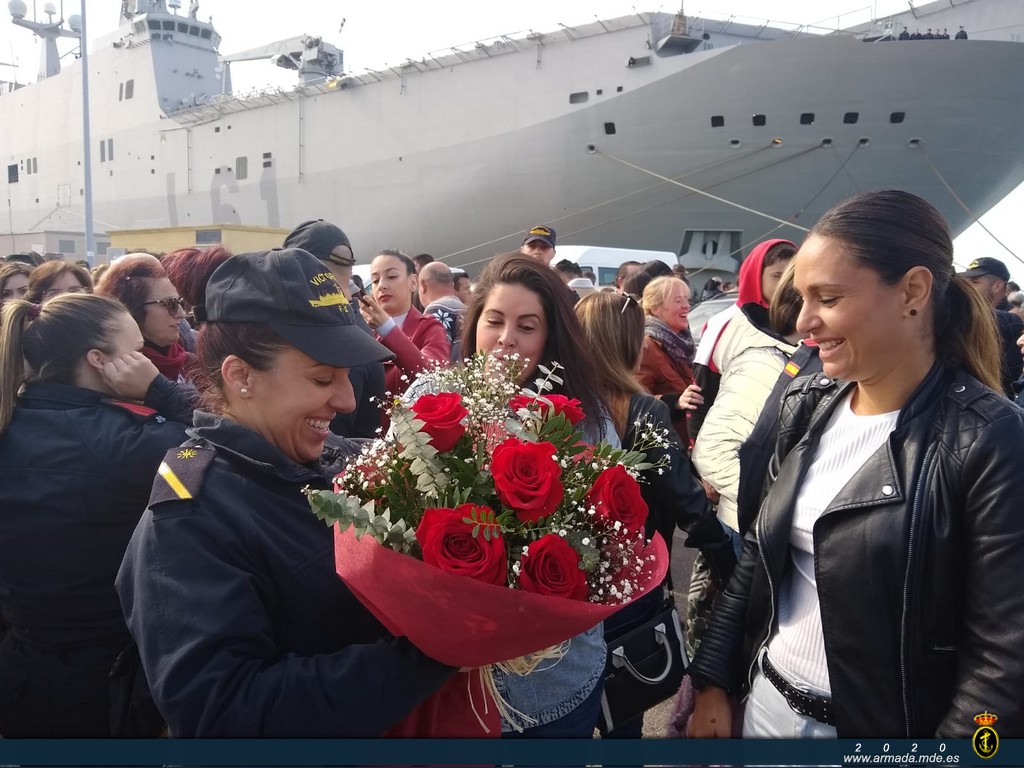 From last December 3 until February 15, the “Victoria” has been the flagship of Commander Task Force 465, the Portuguese commodore José Vizinha Mirones, with its multinational General Staff on board. This is the first time that a Spanish Navy ship acts as the flagship of a foreign admiral. It is also the second time in the history of the Atalanta operation that the Commander Task Force 465 and its flagship are not of the same nationality. This fact highlights the interoperability and good relationship between the Spanish and Portuguese armed forces.

In addition, during this time, the frigate “Victoria” and its helicopter of the Tenth Squadron have conducted training with several units of allied and friendly forces, such as the French Armed Forces in Djibouti, the Navy ship of the Republic of Korea “Kang Gam Chan ”, the ship of the Maritime Self-Defense Forces of Japan“ Harusame ”, or the Personnel Recovery Force belonging to the Combined Joint Task Force – Horn of Africa of the United States.

During its deployment, the Spanish vessel has contributed to the so-called “Local Maritime Capacity Building” (LMCB), framed within the EU’s global strategy to eradicate piracy by promoting the development of maritime security capabilities in the countries of the Horn of Africa, carrying out training activities with the Djibouti Navy.

“Victoria” is the second of the six frigates that make up the 41st Escort Squadron based in Rota (Cádiz). The ship is the seventh throughout the history of the Navy to take the historic name of “Victoria” in honor of the nao that, led by Juan Sebastián de Elcano, completed the first round the world between 1519 and 1522. The motto “Primus circumdedisti me” looks on its shield on a ball of the world, a motto that it shares with the emblematic “Juan Sebastián de Elcano” School Ship.

The frigate was built in the shipyard of the Bazán de Ferrol National Company (today Navantia), and was delivered to the Navy in October 1987. It has a length of 138 meters and more than 4,000 tons of displacement. It is equipped with sensors and weapons that allow it to carry out its main tasks as an escort ship.

Under the command of frigate captain Pedro Márquez de la Calleja, for this mission the staff has been formed by 216 men and women. In addition, it has had a helicopter of the Tenth Aircraft Squadron and Marine Corps personnel.