At approximately 7:50 p.m. Hawaii Standard Time, (12:50 a.m., Nov. 17, Eastern Standard Time), the ICBM-representative target was launched from the Ronald Reagan Ballistic Missile Defense Test Site, located on Kwajalein Atoll in the Republic of the Marshall Islands, toward the broad ocean area northeast of Hawaii. In this developmental test, the destroyer used engage-on-remote capabilities through the Command and Control Battle Management Communications (C2BMC) network as part of a defense of Hawaii scenario. After receiving tracking data from the C2BMC system, the destroyer launched a SM-3 Block IIA guided missile which destroyed the target.

“This was an incredible accomplishment and critical milestone for the Aegis BMD SM-3 Block IIA program,” said MDA Director, Vice Admiral Jon Hill. “The Department is investigating the possibility of augmenting the Ground-based Midcourse Defense system by fielding additional sensors and weapon systems to hedge against unexpected developments in the missile threat. We have demonstrated that an Aegis BMD-equipped vessel equipped with the SM-3 Block IIA missile can defeat an ICBM-class target, which is a step in the process of determining its feasibility as part of an architecture for layered defense of the homeland. My congratulations to the entire test team, including our military and industry partners, who helped us to achieve this milestone.” 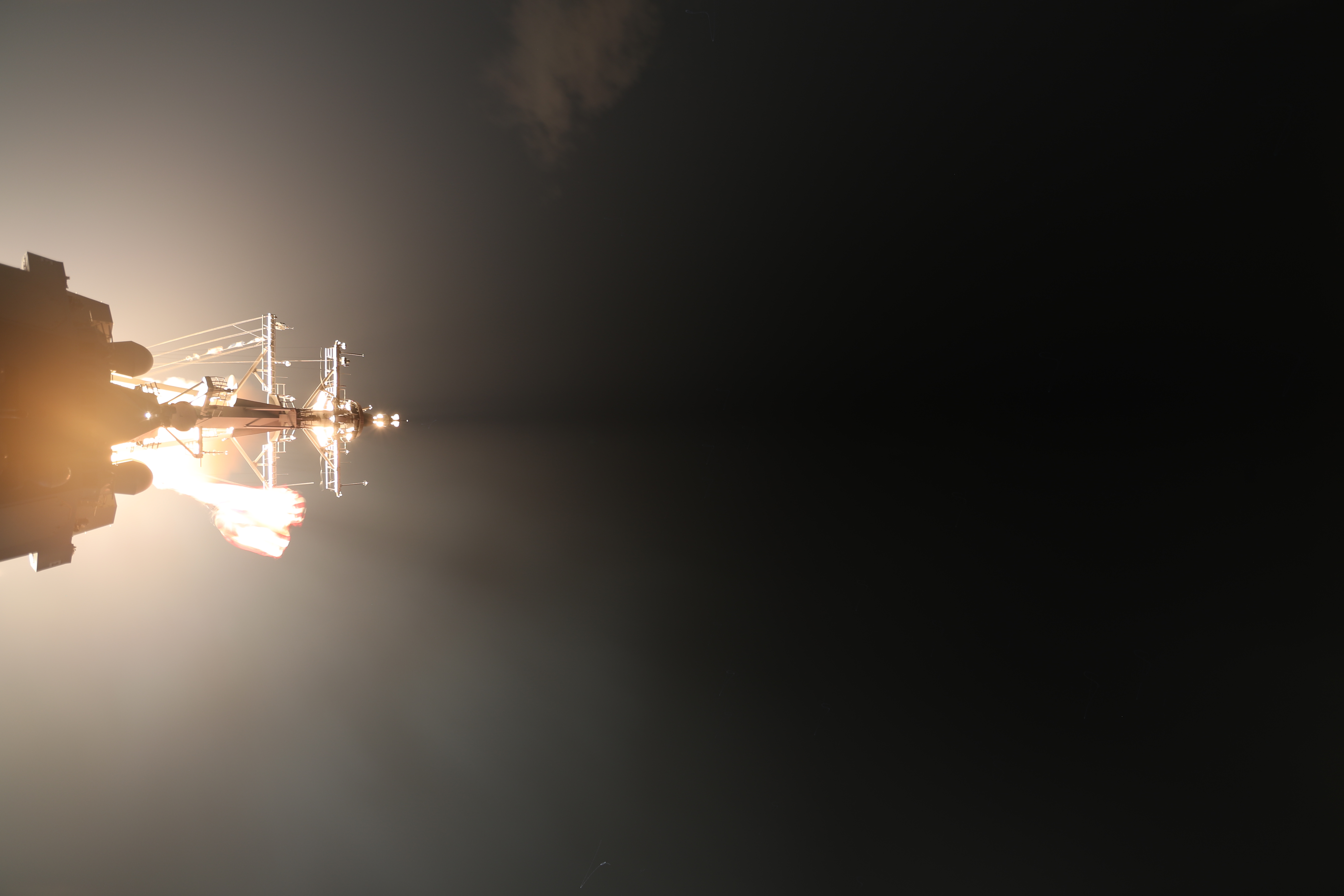 Based on preliminary data, the test met its primary objective: demonstrate the ability for a SM-3 Block IIA missile to intercept an ICBM target. Program officials will continue to evaluate system performance based upon telemetry and other data obtained during the test.

This event, designated Flight Test Aegis Weapon System-44 (FTM-44), was the sixth flight test of an Aegis BMD-equipped vessel using the SM-3 Block IIA guided missile. FTM-44, originally scheduled for May 2020, was delayed due to restrictions in personnel and equipment movement intended to reduce the spread of COVID-19.

FTM-44 satisfies a Congressional mandate to evaluate the feasibility of the SM-3 Block IIA missile’s capability to defeat an ICBM threat before the end of 2020. The SM-3 Block IIA was originally designed and built for the Intermediate-range Ballistic Missile threat set.

The Aegis Ballistic Missile Weapons System is the naval component of the U.S. Missile Defense System. The MDA and the U.S. Navy cooperatively manage the Aegis BMD system. Aegis BMD ships (and Aegis Ashore) receive track data via the C2BMC system, build the fire control solutions, then launch and guide the SM-3 family of missiles to destroy incoming threats. MDA’s mission is to develop and deploy a layered Missile Defense System to defend the U.S., its deployed forces, allies, and friends from missile attacks of all ranges in all phases of flight.