The CSGs continue to demonstrate operational commitment to allies and partners in the region, providing combatant commanders with significant operational flexibility if needed in response to regional situations.

“Nimitz and Reagan Carrier Strike Groups are operating in the South China Sea, wherever international law allows, to reinforce our commitment to a free and open Indo-Pacific, a rules based international order, and to our allies and partners in the region,” said Rear Adm. Jim Kirk, commander, Nimitz Carrier Strike Group. “Security and stability is essential to peace and prosperity for all nations, and it is for that reason the U.S. Navy has been present and ready in the Pacific for over 75 years.” 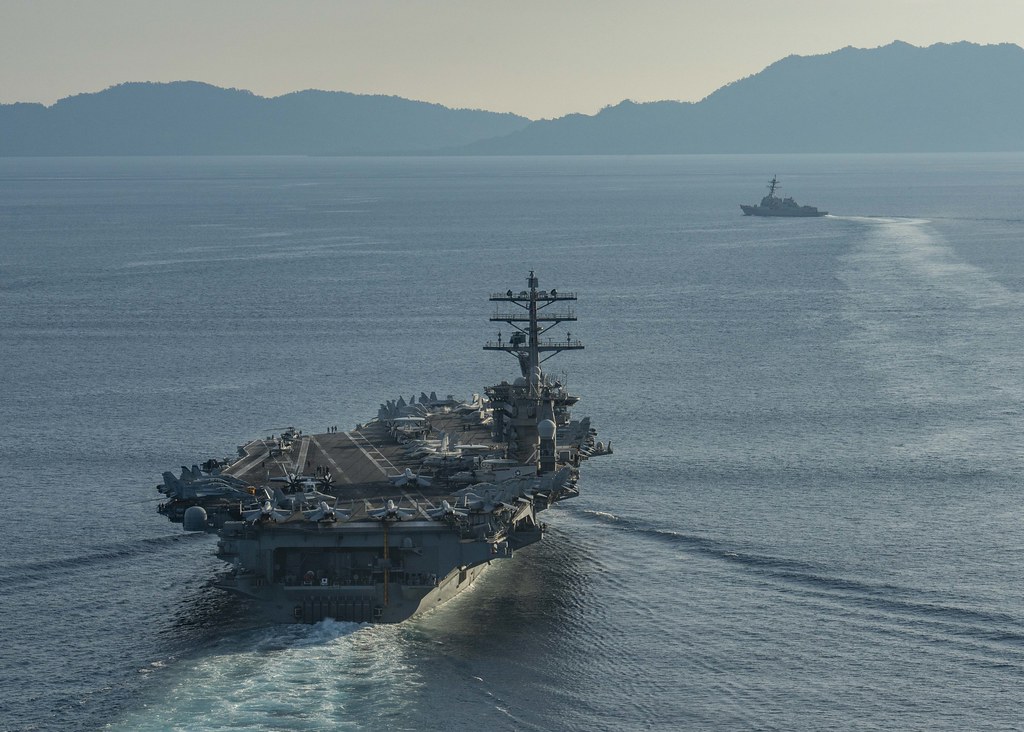 Nimitz and Ronald Reagan CSGs continue to leverage the teamwork of over 12,000 Sailors and Marines to conduct tactical air defense exercises, in order to maintain warfighting readiness and proficiency. The two-carrier strike force trains to the highest levels of readiness to ensure responsiveness to any contingency through power projection.

The presence of two carriers in the South China Sea is not in response to any specific political or world events, but is part of regular integration to exercise and develop tactical interoperability. For more than 75 years, the U.S. Navy has been operating multiple carrier strike force operations in the region.