By First Lieutenant (RM2-T) Luciana Santos de Almeida – Brasília, DFIf you are on the beach and come across stakes numbered by Fundação Projeto Tamar , whose name comes from the initials “Turtle” and “Marinha”, know that there is an indication of a turtle nest.

To help protect the offspring that will be born in that area, the organization advises not to remove or approach the stakes. From September 2022 to March 2023, the 42nd turtle spawning season will take place, when 25,000 spawning will enable the birth of about two million hatchlings on the beaches of the Brazilian coast, ranging from the north of Rio de Janeiro to the south of Rio Grande From north. On the oceanic islands, spawning began in December.

The Brazilian Navy (MB), which has structures for scientific research in the country’s oceanic islands, values ​​actions that contribute to society’s awareness, stimulate the maritime mentality, combat the disposal of waste at sea and broaden the concept of the importance of marine life in the “Blue Amazon”. The actions of Projeto Tamar in partnership with the Brazilian Navy, according to one of the founders of the project, Neca Marcovaldi, began in the 1980s. 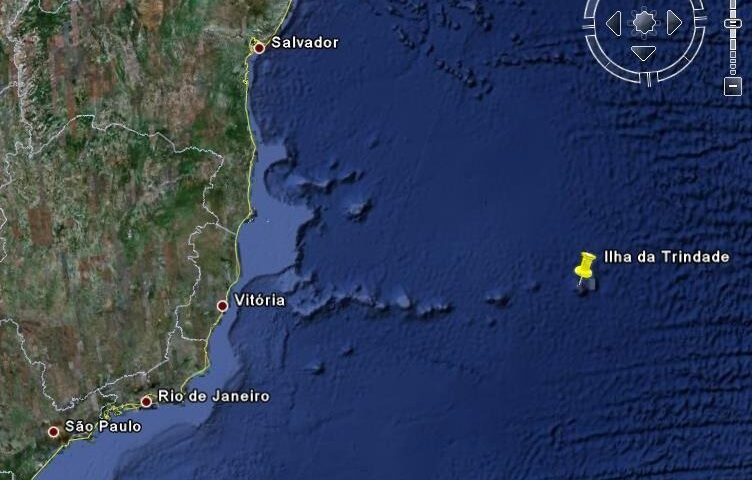 “Innumerable actions have taken place together over the more than 40 years of the Tamar Project, but it is in Praia do Forte, on the coast of Bahia, where our partnership with the Navy is most evident. Our main museum is located at Farol Garcia D’Ávila. This visitor center reaches 500,000 people a year. It is one of the ten most visited museums in Brazil and the institution’s greatest environmental awareness tool, being one of the region’s main attractions. In addition, it boosts local culture and tourism, generates jobs and resources, which are fully invested in the sea turtle conservation program”, explained Neca.

How to help save two million hatchlings Every year, the Navy offers vacancies for researchers from Projeto Tamar and universities that monitor and research green turtles on Trindade Island. “Saving two million hatchlings a year gives us hope of making turtle populations more robust, capable of facing new threats, of which there are many. We are proud to provide, through our research actions, the population increase of four of the five species that occur in Brazil. We share these results with everyone who supports us and the Navy stands out as a partner in our trajectory”, highlighted Neca.

The Manager of the Scientific Research Program on Oceanic Islands (PROILHAS), coordinated by the Brazilian Navy, Frigate Captain Marco Antonio Carvalho de Souza, explains that the selection of researchers to integrate scientific expeditions to Trindade Island is linked, in general, to to the notices of the National Council for Scientific and Technological Development (CNPq) published every three years for this specific purpose. “Once selected, the researchers board Navy ships and, from there, receive all the necessary logistical support for the development of their respective activities, either on board the ship, during the trip that takes three to four days, or during their stay on the Island, which can last up to two uninterrupted months. Right now, in December, we embarked four researchers who will remain there until February, two of which are linked to universities and the other two are linked to Tamar”, explained Captain de Fragata Carvalho. “Once on the Island, Tamar researchers have both the infrastructure of our Oceanographic Post and our Scientific Station to carry out their capture, tagging, monitoring and many other jobs, aimed at the necessary preservation of turtles in Trindade”, he added.

The student of Biological Sciences at the State University of Santa Cruz, Bahia, Clara Kalid, who is on Trindade Island along with other students and researchers, says that the team will be in place for the next two months (part of them for the Tamar Project and another by project of the State University of Paraná). “We came to monitor the spawning of green turtles, which average 4,000 spawning from December to March. Our daily job is to follow these contrails on the beach, ”she explained.