By First Lieutenant (RM2-T) Tássia Camila Navarro dos Santos – Brasília, DFHave you ever thought about taking advantage of the vacation period to get to know a submarine, a fighter plane and a warship? Did you know that it is possible to visit all this in the same place? The Navy Cultural Space (ECM), located in the Central Zone of Rio de Janeiro (RJ), brings together several attractions, such as musealized war equipment, such as the Museum Ship “Bauru”, an escort destroyer that participated in World War II.
Administered by the Directorate of Historical Heritage and Documentation of the Navy (DPHDM), this site houses an important part of the Navy’s historical collection. The ECM is part of the Navy Cultural Complex, which also covers the Fiscal Island and a Promenade, attractions visited from space, in addition to the Naval Museum, Navy Library and Navy Archive. 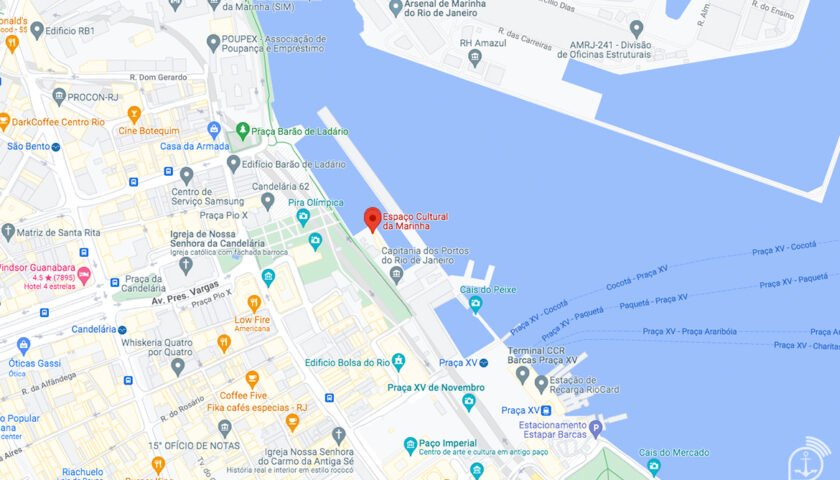 Every year thousands of people visit the ECM facilities to know its attractions loaded with history: the Submarine-Museum “Riachuelo”, which counted about 18,000 hours immersion in two decades in active; the AF-1 Fighter Jet “Skyhawk”, used in the First Gulf War in the 1990s; the “Sea King” Helicopter-Museum, used in search and rescue operations, and anti-submarine warfare exercises; nau dos Descobrimentos, a replica of a vessel used in the Age of Great Navigations; and the Combat Cars “Cascavel” and “SK-105”, and the aforementioned Museum Ship “Bauru”.

According to dphdm visitation manager, Frigate Captain José Marques da Silva Filho, this type of tourism helps in preserving the country’s history. “In the visitation, the dissemination of history is a way to keep alive the legacy of the actions carried out by the Navy over time. Thus, we contribute to convey to the population the need to have an armed force equipped for the defense of national heritage, stimulating the development of a maritime and defense mentality in our society”, he points out.

The most sought after attractions, according to the Captain of Fragata Marques, are the Fiscal Island and the Promenade through Guanabara Bay, in which passengers can know several tourist and historical points aboard the Tug-Museum “Laurindo Pitta”, with 112 years of existence. “The ECM is an entertainment area whose attractions are military equipment, that is, a segment of military tourism. It attracts visitors from various profiles, among them those passionate about the military area, those who like history, diverse researchers, curious, foreign tourists passing through Rio, and young people and children, in general. The demand for schools has grown more and more as a pedagogical complement”, he points out. 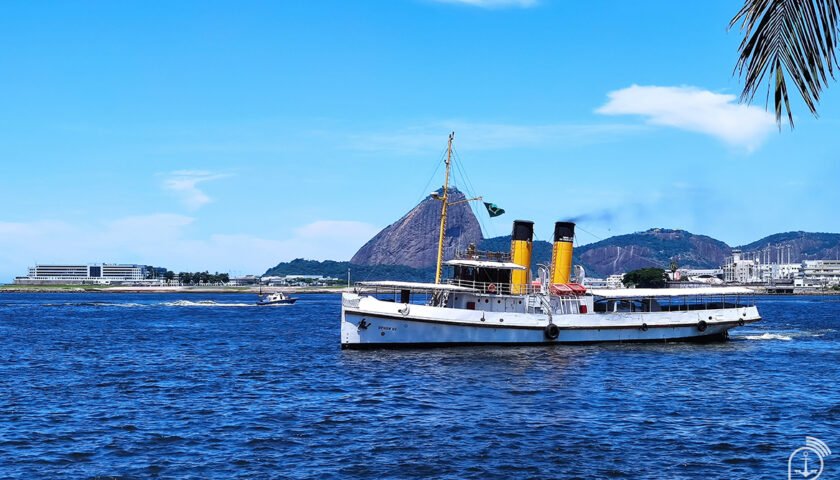 Built in England in 1910, at the request of the Government of Brazil, the “Laurindo Pitta” is the only Remaining Brazilian ship of World War I, in which it participated in support tasks in 1918, integrated to the Naval Division in War Operations (DNOG), created to participate in the conflict. This high-seas tug boat is 39 meters long, 8 meters from mouth, 4.5 meters of draught, 514 tons of displacement and maximum speed of 11 knots (about 20 km/h). He served as a tugboat for the Rio de Janeiro Navy Arsenal and the Naval Base of Rio de Janeiro until the 1990s.

With the support of the League of Friends of the Naval Museum, it was restored from 1998, receiving seats for 90 passengers. He was integrated into the Navy Documentation Service, now DPHDM, in October 1999. Converted into a museum ship, one of its compartments was adapted to receive the permanent exhibition “The Participation of the Navy in World War I”. Since then, it has been employed in the realization of the Promenade through Guanabara Bay.

On the Promenade, the “Laurindo Pitta” passes off the Islands of Cobras, Fiscal, hoes. The visitor will know the history of each island and its uses by the Navy. Other sights such as the sugar loaf and urca hills, as well as the Museum of Contemporary Art (MAC), in the city of Niterói, can also be seen along the way.

The Cultural Space of the Navy is an area of entertainment and leisure whose attractions are exposed to time, subject to climatic and tidal variations. In case of rain, for safety reasons, some attractions can be closed to avoid accidents.

“Visiting the ECM is very quiet, however, some care is needed, especially with the elderly and children. Most of the attractions maintain their construction characteristics and need, to enter and move in its interiors, the use of planks, stairs and, in some cases, the squat, as inside the submarine”, explains the Captain of Frigate José Marques da Silva Filho, visitation manager.

The ECM has special service for visitors with special needs, as well as their companions. Opening hours are from 9:30 am to 11 am, always on Sundays, before opening to the general public. The visitation for this segment should be scheduled in advance, is free, made by a qualified professional and lasts for 1h30. The person responsible for the disabled person should be aware of the limitations of the attractions, because, for this public, the visit can only be made on land, without entering the media. To schedule visits for people with disabilities, send an email with the title “Exclusive attendance scheduling” to: dphdm.agendamento@marinha.mil.br.

From Tuesday to Sunday and public holidays: 11am to 5pm, with the last access at 16:30.

The Navy Cultural Space does not open to the public in the following days:

Ticket values for the Promenade (including visitation to the ECM):

Tickets can be purchased through the website of the company Ingresso Com Desconto (ICD). It is necessary to validate the ticket at the ECM box office.

For safety reasons the ECM will be closed in case of heavy rains. For more information about the Navy Cultural Space visit the DPHDM website.

Navy Ship Usage Has Decreased as Challenges and Costs Have Increased