The first of the Royal Navy’s new Type 26 frigates is due to enter the water for the first time.

The float off process for HMS Glasgow started today and will see her travel from her current location at Govan shipyard in Scotland to Scotstoun over the next few days to continue her build. 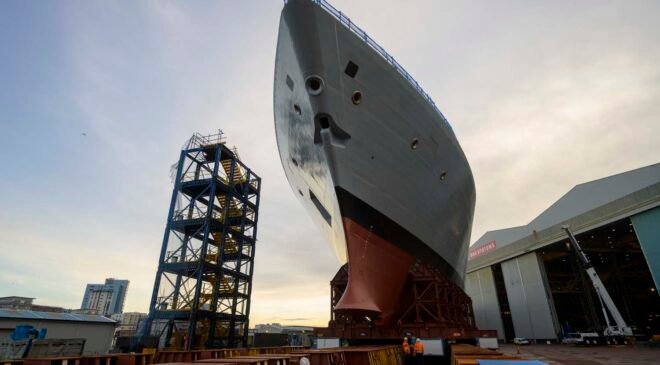 The ship, currently weighing nearly 6,000 tonnes, will undertake a series of complex maneuvers starting with being lowered onto a barge and then towed down river to deeper water.

Today marks the next phase of her build and will see BAE Systems engineers and engineers from Defence and Equipment Support (DE&S), the Ministry of Defence delivery agent, monitor her move to the barge, with the float off seeing the base of the barge sinking slowly over a number of hours until the ship fully enters the water. 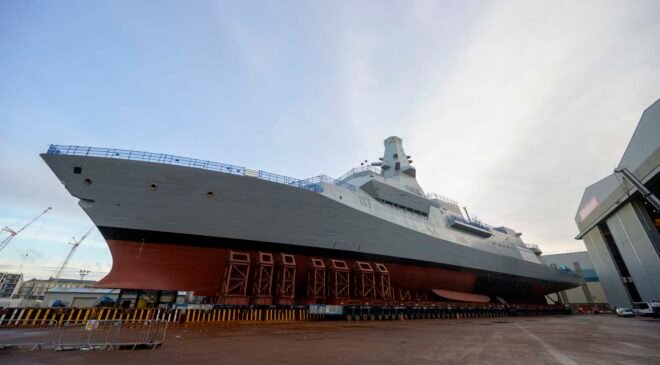 Glasgow will then be towed to BAE’s Scotstoun shipyard further along the Clyde where the Type 26 City-class frigate will undergo further outfit, testing and then commissioning.

“This is the first of eight Type 26 frigates being built by BAE Systems in Glasgow. 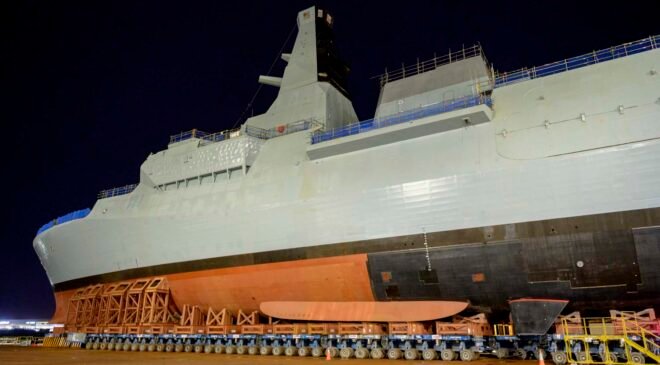 “The Royal Navy’s exciting program of ship building in Scotland, which includes five Type 31 general purpose frigates being built by Babcock International in Rosyth, will generate jobs, skills and economic benefits in Scotland for many years to come.”

The BAE Systems teams involved in the float off of HMS Glasgow have been trained using the 3D visualization suite giving them access to a full digital twin of the ship.

They will monitor the ship closely throughout all stages of the process ensuring that the transition is safely managed.

The float off process is a more modern, efficient and low-risk way for a ship to enter the water compared to the previous dynamic launches. The process is well-proven, having been used for the five Batch 2 Offshore Patrol Vessels (Tamar, Spey, Trent, Medway and Forth) built by BAE Systems in Glasgow, the last of which was delivered to the Royal Navy in 2020.

David Shepherd, Type 26 Program Director at BAE Systems, said: “Seeing HMS Glasgow in the water for the first time is a proud and exciting moment for everyone involved in this great endeavour.

“She will soon transfer to our Scotstoun yard in Glasgow where we look forward to installing her complex systems and bring her to life.”

HMS Glasgow is the first of eight City-class frigates to be delivered to the Royal Navy. HMS Cardiff and HMS Belfast are also under construction with the contract for the final five being awarded this month to BAE Systems.

The frigates will be anti-submarine warfare specialists and will work alongside the continuous-at-sea deterrent and the Queen Elizabeth-class aircraft carriers.

Glasgow is expected to enter service in the mid-2020s.