“Preserving memory to build history.” With this motto, the Directorate of Historical Heritage and Documentation of the Navy (DPHDM) formalized in the first half of this year, the creation of Editora Letras Marítimas, which replaced the former Editora SDM. The aim of the new publisher is to publish historical, technical and cultural works.

In October, the new publisher’s latest publication is the book “From War to Diplomacy: the History of the Brazilian Naval Division in the Great War”, launched at the Naval Museum in downtown Rio de Janeiro (RJ). The work was written by professor of the Graduate Program in Maritime Studies of the Naval War School (EGN), Captain of Sea and War (Reformed) Francisco Eduardo Alves de Almeida.

According to the Director of DPHDM and Chairman of the Editorial Board of Letters Maritime, Vice Admiral (RM1) José Carlos Mathias, “the Brazilian Navy has a historical vocation for the activity of editorial production and so far, about 100 books have been produced by the Force.

One of the missions of Editora Letras Marítimas is to stimulate the development of the maritime mentality in the reader-public, and that more people have access and knowledge about naval history, after all, the history of the Navy is the history of Brazil.” 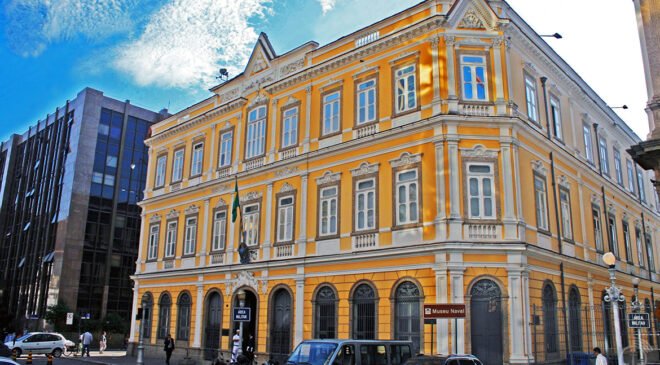