Revolutionizing Brazilian technology and the shipbuilding industry, the Submarine Development Program (PROSUB) represents a significant technological advance in the country, based on intellectual capital, sensitive engineering and state-of-the-art technology, in addition to encouraging defense policy, boosting personnel training and strengthening national sovereignty. An important advance of PROSUB was the Submarine Armament Exhibition (S40) “Riachuelo”, held today (1st), in the municipality of Itaguaí (RJ). 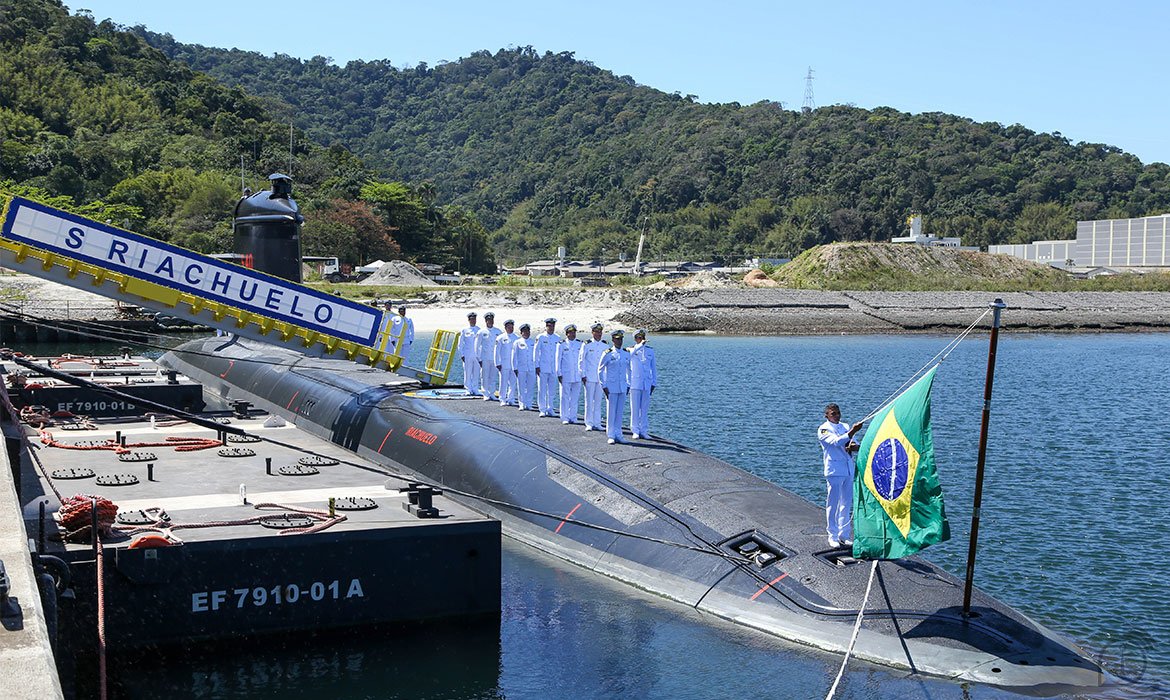 The “Riachuelo” is the first in the class of the four conventional submarines with diesel-electric propulsion, which will allow greater deterrent power in the 5.7 million km² of the Blue Amazon, whose richness of the waters, bed and marine subsoil are important for economic, scientific and environmental development. It is in this maritime area that Brazilians develop fishing activities, through which 95% of The Brazilian foreign trade is traveling and exploit biological and mineral resources.
To protect this heritage and guarantee Brazilian sovereignty at sea, the Brazilian Navy (MB) invests in the expansion of the naval force, as is the case of the S40, an important element of surprise indispensable to deny access to enemy vessels in national territory, increasing the deterrent power of the Brazilian Armed Forces. To achieve this effect, this type of ship is used by its particular characteristics, notifiedly, the ability to conceal and the power to cause damage to the opposite marine forces.

Present at the event, The Minister of Defense, Paulo Sérgio Nogueira de Oliveira, highlighted that the history of Brazil highlights the participation of MB in several decisive passages for the formation of Brazilian nationality and that the delivery of the new naval means built in Brazil allows to increase the defense capacity in the maritime area known as The Blue Amazon. “The Submarine Development Program is of strategic importance to the country. The construction of these new submarines under PROSUB fulfills two major objectives: the improvement of our Navy’s operational capacity with the considerable increase in its deterrent power and the expansion of the protection of its jurisdictional waters reaching a more effective presence in the South Atlantic and also the increase of our naval industry and the development of new technologies, contributing to the promotion of the national economy with the creation of thousands of direct and indirect jobs.”

The Commander of the Navy, Admiral Almir Garnier Santos, stressed that “the Riachuelo represents an investment for Brazilian society, in sovereignty, in the wealth of the Brazilian people. More than 20,000 direct jobs and about 40,000 indirect jobs have already been generated. Moreover, the riches of our Blue Amazon are still incalculable. We are talking about something great and extremely important for the future of our country.”

According to the Commander of Naval Operations, Admiral Marcos Sampaio Olsen, the Submarine Force has, from now on, a class of submarines quieter and more lethal, prepared to act in favor of ensuring the sovereignty of the Brazilian state. “Features such as high stealth rate, increased detection capacity and length of stay in the patrol zone, as well as accuracy and density in data acquisition in clarification and attack operations, make the arrival of the Submarine ‘Riachuelo’ one of the most anticipated moments of recent years.”

For the Submarine Commander “Riachuelo”, Captain of Frigate Edson of the Freitas Valley, “the operational capabilities of the S40 accredit him for the reduction of the control exercised by the opponent, facilitating the performance of the other forces. It also allows to carry out minagem, intelligence and rescue operations or infiltration of special operations elements in enemy waters.”