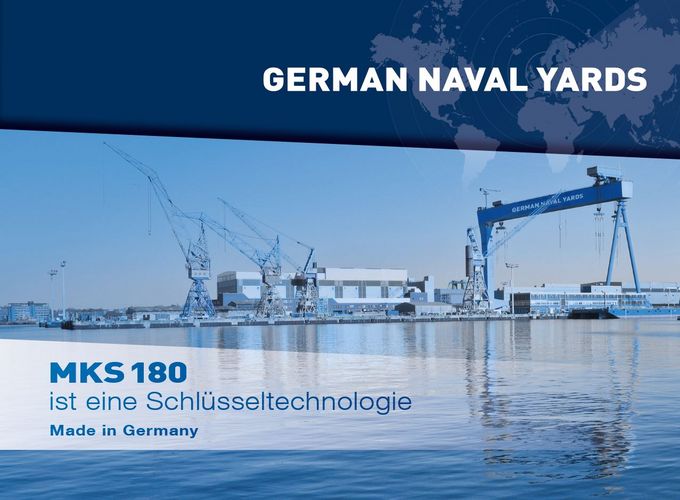 January 14, 2020 – The German government has announced its intention to select Damen as the main contractor, together with partners Blohm + Voss and Thales, for supplying at least four Multi-Purpose Combat Ship MKS 180 frigates to the German Navy. The Dutch naval shipbuilder is extremely proud of, and satisfied with, the result of the evaluation process announced today by the German Government, though of course awaits parliamentary approval in Germany.

The ships will be built at Blohm + Voss shipyard in Hamburg and at other shipyard locations of the North German Lürssen Group. Damen intends to build in this way in order to spend around 80% of the total net investment as added value in Germany. The same applies to the electronic application systems that are supplied by Thales Nederland to its own design. Around 70% of the services will be provided by the German subsidiary of Thales and by other German subcontractors.

With the North German shipyard group Lürssen – parent company of Blohm + Voss – and the Damen Shipyards Group, the partnership is based on two stable family businesses that have been successfully active in marine and commercial shipbuilding for more than 140 years.

The only naval builder in the Netherlands is pleased with this selection to be main contractor in the German project and the division of work between German and Dutch industry. For the Netherlands, it provides national knowledge and expertise. This offers the Dutch Government the option, in the coming Dutch naval construction projects for frigates and submarines, to have these types of strategic programmes devised, engineered, managed and deployed in their own country.

The MKS 180 project contributes to securing the export power and self-creation of both Dutch and German naval construction in the longer term. The project also opens perspectives for the requested European (defence equipment) cooperation.